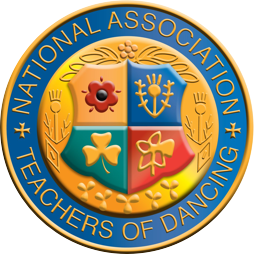 Since the beginning of time dance has existed, not for the sophisticated version we know today, but as a spontaneous desire for rhythmical movement arising from a feeling of happiness. Dancing is recognised as an extremely useful and most entertaining means of recreation for young people and for those not so young in years, but young at heart, and friends are soon made on the dance floor.

Latin American dancing was introduced to Britain in the 1930’s, but was not standardised technically until the middle 1940’s. Even then, it was rare for our champion ballroom couples to include Latin American dances in their demonstrations.

Times have changed, as we now know Latin American is extremely popular.

Owing to the variety of dynamic Latin music that is currently in the charts, we are now enjoying the relatively new rhythms of the Salsa, Merengue and Mambo as well as the five standard dances, Rumba, Samba, Cha Cha Cha, Jive and Paso Doble.

The National offers medal tests in the Latin American branch commencing with Rainbow Awards which are designed for children between ages 3 to 8 years, progressing to Bronze medals through to National Awards for Juveniles, Juniors and Adults.

On the social level, dancing helps to develop confidence, gives a lot of pleasure and enjoyment and helps you to keep fit mentally and physically.